"Two Eight Band" is an Indianapolis based group of musicians and friends who use their music and concerts to empower recovery efforts and faith movements around the world. The band’s line up has changed over the years, ever since Eric and Jillian first started Two Eight in 2005, but their mission remains the same.

Be sure to visit our new site www.twoeightband.com for tour dates and to stream new music! 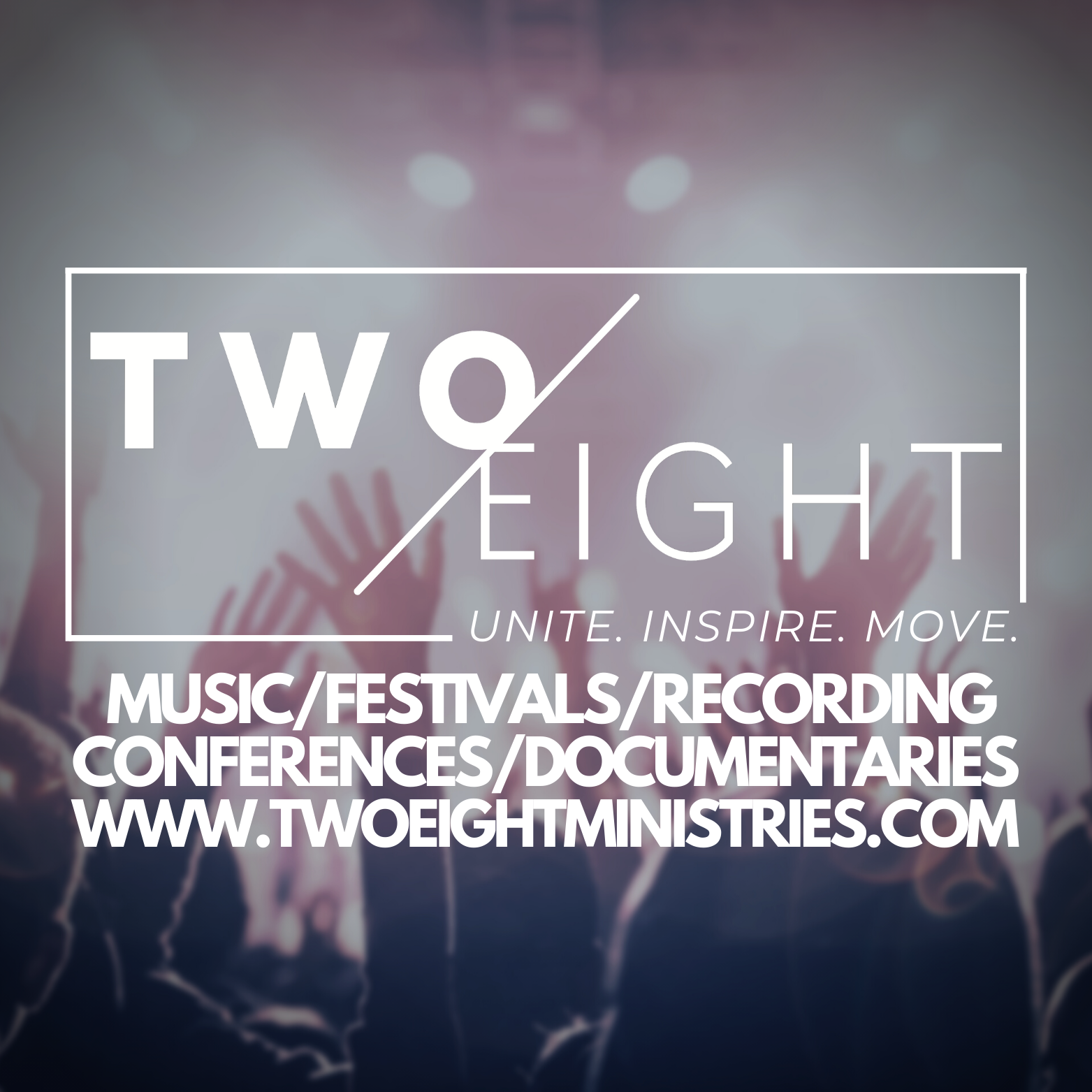 Eric and Jillian Maitlen started the band 'Two Eight' in 2005 under the leadership of GTM (Global Training Ministries specialized in international music and missions for over 30 years and has ministered in over 40 countries). The name Two Eight comes from Psalm 2:8 "Ask Me for the nations." During the first two years Eric and Jillian worked with close friends Steve Hueber, Nathan Jetter, and Ryan Fitzpatrick to establish the band in Orlando, Arizona, California, and northern Indiana. During this time they also toured Russia and North India with GTM.

In 2007 Two Eight recorded their first full length album "Everything Was Different" with Jed Seneca of Nashville and James Masterson of Indianapolis (who had previously worked with the Frey). From 2005 to 2009 Eric and Jillian lived and gigged out of RV's across the US and toured abroad 3 to 4 times each year; China, Australia, Jamaica, Germany, El Salvador, and Guatemala; taking every open door they could get to share the Gospel through their music and testimonies.

In 2010 Eric and Jillian cut back their stateside touring and teamed up with Josh Husmann to plant Mercy Road Church on the north side of Indianapolis (www.mercyroad.cc) and Daron Earlewine to help establish Pub Theology Indy (an outreach to bars throughout Indianapolis). At the end of 2009, Eric, Nathan Klatt, and Steve Hueber started the band "My Yellow Rickshaw." By 2011 MYR was performing in some of Indianapolis' most popular bar venues, local festivals, and had the opportunity to perform for the New York Giants when the Super Bowl came to town. During this season, Eric and Jillian continued to lead worship for conferences, facilitate outreach events throughout the midwest, and do international outreach tours each year (returning to Jamaica, Germany, El Salvador, and Guatemala; and doing ministry for the first time in Thailand, Mexico, Canada, and Belgium).

In 2015 Two Eight began building the "Mercy Fest" and "Indiana Student Movement" initiatives. These events are 1-2 day conferences that rally communities together around a local need. "Whether a family has a child battling cancer or the community has been struck by a natural disaster, we want to bring hope into hopeless situations." After nearly a year of consulting and research, core team members Kris & Stephanie Kleinbub and Kari Nelson created a custom frame work for community wide outreach events that Two Eight continues to use today.

In 2017 Two Eight began building the "Our Story Our Time Tour" as a response to the devastating opioid epidemic that is claiming the lives of over 100 Americans every day (www.ourstoryourtime.life). The tour was designed to...

1.) Unite and educate communities on the opioid epidemic through a video-driven concert experience
2.) Break the stigma of addiction that has caused too many addicts and their families to isolate and hide their struggle (for fear of public shame and ridicule)
3.) Empower local recovery efforts and foster care services with a large scale platform to educate and mobilize their community to action. This epidemic has affected us all in some way. This is our story and this is our time to take action!

In 2020, Eric and Jillian had the opportunity to write and record new music with award winning song writer, Jason Roy (the lead singer of "Building 429"). Click to listen to the 3 song EP "You're In This."

By 2020, the amount of fatal overdose deaths in America exceeded 100,000 for the first time. In effort to strengthen Indiana's recovery community, Two Eight was contracted by the DMHA, Indiana Recovery Network, and Next Level Recovery to help create the "Summer of Recovery Tour." This tour launched a new series of recovery events in key regions of the state and helped connect more Hoosiers with their local resources and treatment providers. www.summerofrecovery.com